The wonderful curving border of the gallery balustrade, intricately decorated ceiling and marvelous woodwork of the mihrab and mimber make Simsirlikoy Mosque well worth the difficult journey to see it.


Wood is a material that has been used in Anatolian architecture for at least 10,000 years. When the Seljuks and other Turkish people arrived in Anatolia in the late 11th century, they set about constructing mosques with wooden columns and roofs like those of Samarkand, Bukhara and Khiva. The loveliest examples of such mosques, most of which date from the 13th century, are the Ulu mosques of Afyon, Sivrihisar, and Ayas, Aslanhane Mosque in Ankara, and Esrefoglu Mosque in Beysehir. They are characterized by outstanding ceilings decorated in various woodwork techniques, painted decoration on the plaster work and between 48 and 67 carved wooden columns.

As a region of forest-clad mountains it was unthinkable that Black Sea architecture should not make extensive use of wood as a material. Wood has always been used not only for houses, but for bridges, barns, store rooms and water mills.

Candaroglu Mahmut Bey Mosque at Kasaba village 20 kilometers northwest of Kastamonu is the most impressive wooden building in the Black Sea region. The Candarogullari was a Turkish dynasty which ruled over Kastamonu, Sinop and Zonguldak in the western Black Sea region for 170 years between 1291 and 1461. They are also known as the Isfendiyarogullari due to the famous Candaroglu ruler Isfendiyar Bey. A local lord named Mahmut Bey endowed his lands at Kasaba with the construction of a mosque in 1374. From the outside, the tiny Mahmut Bey Mosque is extremely plain but contains wonderful inlay and other woodwork techniques. Measuring just 9x12 meters and lit by 12 small windows, the mosque enchants every visitor.

Haci Seyh Mosque in the upper district of the village of Guneyce was built for Haci Osman Niyazi Sipahioglu, Istanbul's director of libraries in 1887. The architects were Ali Usta (Master) and Hasan Usta (Master).

The mosque has a stone medrese or college on the ground floor, but otherwise is constructed entirely of wood. To the right of the main entrance is a small graveyard where the mosque's patron is probably buried. To either side of the entrance are rooms containing fireplaces and an ornately decorated inner door leading into the prayer hall. A U-shaped gallery stretching to the kible wall (the wall facing Mecca) features magnificent decoration, including a centerpiece in the ceiling consisting of an octagonal moulding within a square.

The pulpit or mimber decorated with tree of life motifs has traces of European influence in the baroque S and C curves of its cartouches, hexagonal stars and rosettes. The mihrab features similar decoration and niches with mukarnas (stalactite) decoration, as well as superb wooden inlay.

Simsirkoy Mosque, dating from the mid-19th century, is an extraordinary display of traditional craftsmanship and a surprise in the remote village of Ikizdere, reached via a steep narrow road winding through a spectacular valley. On the north side of the mosque is a wooden reading room. When the mosque was first built it had no minaret, and the stone minaret added in 1988 does not exactly harmonize with the original architecture.

The wonderful curving border of the gallery balustrade, intricately decorated ceiling and marvellous woodwork of the mihrab and mimber make Simsirlikoy Mosque well worth the difficult journey to see it. The inscription of Ahmet Usta, the architect, can be seen on the pediment of the mihrab, giving the date of construction as 1853. With its stylized trees, tulips and six-cornered stars, the mimber in particular is a unique example of its kind not to be found anywhere else in Turkey. 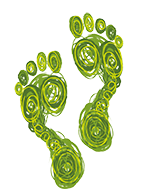